UK publishing screeches to a virtual halt in December where new books are concerned, but I’ve found you a handful of new releases to get excited about.

The most reliable place to find UK books in the original British English and at the date at which they come out in the UK is bookdepository.com, though you may also have some luck with bookwitty.com.

The first great adventure story in the Western canon, The Odyssey is a poem about violence and the aftermath of war; about wealth, poverty and power; about marriage, family and identity; and about travellers, hospitality and the changing meanings of home in a strange world. This vivid new poetic translation the first ever by a woman matches the number of lines in the Greek original, thus striding at Homer’s sprightly pace. Eschewing showy poeticisms and high-flown rhetoric, Emily Wilson employs elemental, resonant language and a five-beat line to produce a translation with an enchanting “rhythm and rumble” that avoids proclaiming its own grandeur or importance. An engrossing tale told in a compelling new voice that allows contemporary readers to luxuriate in Homer s magical descriptions and similes and to thrill at the tension and excitement of its hero s fantastical adventures, Wilson’s Odyssey recaptures what is “epic” about this wellspring of world literature.

, by Rachel Kolsky (UK and US, 5th December, non-fiction)

Discover the feminine side of one of the world s most visited cities. Women s London is the only travel guidebook that focuses on London’s sights, heritage and culture from a woman s perspective. London provides the perfect opportunity to discover not only the stories of famous women who have left their mark on the city and society, but also the hidden stories of ordinary women whose work and lives have shaped the Big Smoke. These stories include suffragettes, politicians and activists, literary ladies, wealthy philanthropists, contemporary artists, social reformers and nursing pioneers discover them all in this book. The authors, experienced London women s history tour guides, offer original walking tours that will take you to historic areas where important London women lived. Illustrated with new full-colour photography and specially commissioned maps, Women’s London includes insights on lodging, transportation, pubs, restaurants, museums, nightlife and more, geared to the unique needs of the female traveller.

Diary of an Ordinary Schoolgirl

In 1954 in Carlisle lived an ordinary 15-year-old schoolgirl called Margaret. She would go on to become an acclaimed writer, the author of the novels Georgy Girl and Diary of an Ordinary Woman as well as biographies and memoirs. But this is her diary from that year; her life. Hers might be a lost world, but her daily observations bring it back in vivid, irresistible detail. 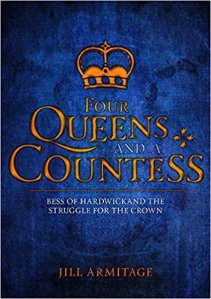 Four Queens and a Countess

When Mary Stuart was forced off the Scottish throne she fled to England, a move that made her cousin Queen Elizabeth very uneasy. What was Queen Elizabeth going to do with a kingdomless queen likely to take hers? She had her placed under house arrest with her old friend Bess of Hardwick, then married to her fourth husband, the wealthy and influential Earl of Shrewsbury. The charismatic Scotswoman was treated more like a dowager queen than a prisoner and enjoyed the Shrewsbury’s affluent lifestyle until Bess suspected Mary of seducing her husband. Played against the never-ending threat of a Catholic uprising, for sixteen years Bess was forced to accommodate Mary and her entourage at enormous cost to both her finances and her marriage. So it was just as well that Bess was the second-richest woman in the kingdom! Bess had also known the doomed Jane Grey and Mary Tudor, Queen of France. Bess had been in service in the Grey household and companion to the infant Jane. Mary Tudor had been godmother to Bess’s fifth child. Four Queens and a Countess delves deep into the relationships of these women with their insurmountable differences, the way they tried to accommodate them and the lasting legacy this has left.

With the End in Mind: Dying, Death and Wisdom in an Age of Denial

In this unprecedented book, palliative medicine pioneer Dr Kathryn Mannix explores the biggest taboo in our society and the only certainty we all share: death. Told through a series of beautifully crafted stories taken from nearly four decades of clinical practice, her book answers the most intimate questions about the process of dying with touching honesty and humanity. She makes a compelling case for the therapeutic power of approaching death not with trepidation, but with openness, clarity, and understanding.

Twenty years ago, Dennis Danson was arrested and imprisoned for the brutal murder of a young girl in Florida’s Red River County. Now he’s the subject of a true-crime documentary that’s whipping up a frenzy online to uncover the truth and free a man who has been wrongly convicted. A thousand miles away in England, Samantha is obsessed with Dennis’s case. She exchanges letters with him, and is quickly won over by his apparent charm and kindness to her. Soon she has left her old life behind to marry him and campaign for his release. But when the campaign is successful and Dennis is freed, Sam begins to discover new details that suggest he may not be quite so innocent after all. But how do you confront your husband when you don’t want to know the truth? 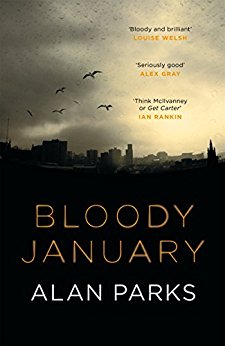 When a teenage boy shoots a young woman dead in the middle of a busy Glasgow street and then commits suicide, Detective Harry McCoy is sure of one thing. It wasn’t a random act of violence. With his new partner in tow, McCoy uses his underworld network to lead the investigation but soon runs up against a secret society led by Glasgow’s wealthiest family, the Dunlops. McCoy’s boss doesn’t want him to investigate. The Dunlops seem untouchable. But McCoy has other ideas…

Plus, Out in the US in December:

Cathy and Daniel live with their father, John, in the remote woods of Yorkshire, in a house the three of them built themselves. John is a gentle brute of a man, a former enforcer who fights for money when he has to, but who otherwise just wants to be left alone to raise his children. When a local landowner shows up on their doorstep, their precarious existence is threatened, and a series of actions is set in motion that can only end in violence. Steeped in the natural world of northern England, this is a lyrical commentary on the bonds of siblings and fatherhood, and on the meaning of community in the modern world.

Whatever happened to British protest? For a nation that brought the world Chartism, the Suffragettes, the Tolpuddle Martyrs, and so many other grassroots social movements, Britain rarely celebrates its long, great tradition of people power. In this timely and evocative collection, twenty authors have assembled to re-imagine key moments of British protest, from the Peasants’ Revolt of 1381 to the anti-Iraq War demo of 2003. Written in close consultation with historians, sociologists and eyewitnesses – who also contribute afterwords – these stories follow fictional characters caught up in real-life struggles, offering a streetlevel perspective on the noble art of resistance. In the age of fake news and post-truth politics this book fights fiction with (well researched, historically accurate) fiction.