in co-operation with Warner’s New Line Cinema which produced the successful film franchise.

BookTrust has launched a list of recommended books for children aged up to five.

Refinery 29 looks at why Howards End is so relevant now. The Guardian calls it “timely and careful“. Some people are not enjoying the loud soundtrack, though.

From Joyce to Rabelais, Wired has 5 must-read books for curious minds.

A host of authors and illustrators, publishing chiefs, and high-profile actors were among those who remembered children’s author and “absolute genius” Michael Bond CBE at a service held at St Paul’s Cathedral today. 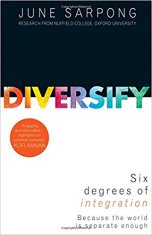 by Alys Conran has won the Wales Book of the Year 2017. It is described as a journey through the uneasy half-forgotten memories of childhood, and is a story about wishful thinking and the power of language.

eBook deal of the day

On the latest What Page Are You On podcast episode, Bethany and Alice discuss iconic ’80s books.

On The Riff Raff, Amy and Rosy chat to Pajtim Statovci, author of My Cat Yugoslavia

, about truly novel novel ideas, symbolism in fiction and not writing to routine.

Guardian Books examine the ethics of de-extinction and the origins of quantum mechanics with Michael Brooks and Britt Wray, two science writers reaching across the centuries.

How do you take your business book from proposal to publication? Find out in a special Financial Times podcast episode.