The most reliable place to find UK books in the original British English and at the date at which they come out in the UK is blackwells.com, which has free international delivery, including to the US, though you may also have some luck with wordery.com and bookwitty.com, as well as bookdepository.com, which is owned by Amazon.

Also, you may be able to find some of these books as audiobooks on Libro.fm — enter code BRITLIT to get your first 3 books for less than $5 each!

Fifteen specially commissioned essays from distinguished authors explore the value of critical thinking, the power of the written word, and the resonance of literature in the twenty-first century. Each explores the crucial place of the writer, past and present. Their work articulates ‘brave new words’ at the heart of battles against limitations on fundamental rights of citizenship, the closure of national borders, fake news, and an increasing reluctance to engage with critical democratic debate. 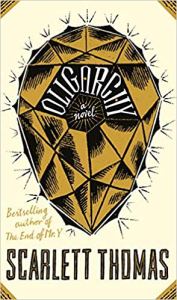 When Tash, daughter of a Russian oligarch, is sent to an English boarding school, she is new to the strange rituals of the girls there. Theirs is a world of strict pecking orders, eating disorders and Instagram angst. While she spends her time with the other girls at the lake and the stables, a hand-picked few are invited to join the Headmaster at his house for extra lessons. Then her friend Bianca mysteriously vanishes, and quickly the routines of her dorm-mates seem darker and more alien than ever before.

The Man in the Red Coat

In the summer of 1885, three Frenchmen arrived in London for a few days’ shopping. One was a Prince, one was a Count, and the third was a commoner with an Italian name, who four years earlier had been the subject of one of John Singer Sargent’s greatest portraits. The commoner was Samuel Pozzi, society doctor, pioneer gynaecologist and free-thinker – a rational and scientific man with a famously complicated private life.
Pozzi’s life played out against the backdrop of the Parisian Belle Epoque. The beautiful age of glamour and pleasure more often showed its ugly side: hysterical, narcissistic, decadent and violent, a time of rampant prejudice and blood-and-soil nativism, with more parallels to our own age than we might imagine. 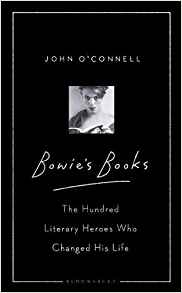 Three years before he died, David Bowie made a list of the one hundred books that had transformed his life – a list that formed something akin to an autobiography. From Madame Bovary to A Clockwork Orange, the Iliad to the Beano, these were the publications that had fuelled his creativity and shaped who he was. In Bowie’s Books, John O’Connell explores this list in the form of one hundred short essays, each offering a perspective on the man, performer and creator that is Bowie, his work as an artist and the era that he lived in. Bowie’s Books is much more than a list of books you should read in your lifetime: it is a unique insight into one of the greatest minds of our times, and an indispensable part of the legacy that Bowie left behind. 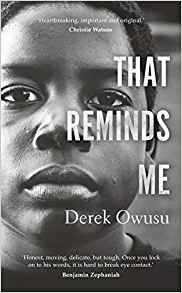 This is the story of K. K is sent into care before a year marks his birth. He grows up in fields and woods, and he is happy, he thinks. When K is eleven, the city reclaims him. He returns to an unknown mother and a part-time father, trading the fields for flats and a community that is alien to him. Slowly, he finds friends. Eventually, he finds love. He learns how to navigate the city. But as he grows, he begins to realise that he needs more than the city can provide. He is a man made of pieces. Pieces that are slowly breaking apart.

Will’s mother’s hokey homily, Waste not, want not… hisses in his ears as he oscillates furiously on the spot, havering on the threshold between the bedroom and the dying one… all the while cradling the plastic leech of the syringe in the crook of his arm. Oscillating furiously, and, as he’d presses the plunger home a touch more… and more, he hears it again and again: Waaaste nooot, waaant nooot..! whooshing into and out of him, while the blackness wells up at the periphery of his vision, and his hackneyed heart begins to beat out weirdly arrhythmic drum fills – even hitting the occasional rim-shot on his resonating rib cage. He waits, paralysed, acutely conscious, that were he simply to press his thumb right home, it’ll be a cartoonish death: That’s all folks! as the aperture screws shut forever.

, by Alice O’Keeffe (UK, US audio and Kindle, 14th November)

Sylvia lives in a flat on a council estate with her not-quite-husband Obe and their two young children. She dreams of buying a house on a leafy street like the one she grew up in. If she closes her eyes, she can see it all so clearly: the stripped floorboards, the wisteria growing around the door… It’s not ideal that she’s about to be made redundant, or that Obe, a playworker, is never going to earn more than the minimum wage. As sleep deprivation sets in, and the RnB downstairs gets ever louder, Sylvia’s life starts to unravel. But when the estate is earmarked for redevelopment, the threat to her community gives Sylvia a renewed sense of purpose. With a bit of help from her activist sister, and her film-maker friend Frankie, she’s ready to take a stand for what she believes in.

Through ancient art, evocative myth, exciting archaeological revelations and philosophical explorations Bettany Hughes shows why this immortal goddess endures through to the twenty-first century, and what her journey through time reveals about what matters to us as humans. Charting Venus’s origins in powerful ancient deities, Bettany demonstrates that Venus is far more complex than first meets the eye. Beginning in Cyprus, the goddess’s mythical birthplace, Bettany decodes Venus’s relationship to the Greek goddess Aphrodite, and, in turn, Aphrodite’s mixed-up origins both as a Cypriot spirit of fertility and procreation – but also, as a descendant of the prehistoric war goddesses of the Near and Middle East, Ishtar, Inanna and Astarte. On a voyage of discovery to reveal the truth behind Venus, Hughes reveals how this mythological figure is so much more than nudity, romance and sex. It is the both the remarkable story of one of antiquity’s most potent forces, and the story of human desire – how it transforms who we are and how we behave.

She Speaks: The Power of Women’s Voices

Looking at the greatest speeches of all time, you’d be forgiven for thinking that Elizabeth I and Boudica were about the only women to have dipped a toe into the pool of public oratory. But the truth is very different – countless brave and bold women have used their voices to inspire change, transform lives and radically alter history. In this timely and personal anthology, Yvette Cooper MP tells the story of 30 inspirational speeches given by women. From Boudica to Margaret Thatcher and from Malala to gun-control activist Emma Gonzalez, each speech will be reproduced in full and introduced by Yvette. This is not only a much-needed celebration of women’s speeches throughout history, but also proof that powerful and persuasive oratory can be decidedly female.

Meet the unsung heroines of British history who refused to play by the rules. Roaring Girls tells the game-changing life stories of eight formidable women whose grit, determination and radical unconventionality saw them defy the odds to forge their own paths. From the notorious cross-dressing thief Mary Frith in the seventeenth century to rebel slave Mary Prince and adventurer, industrialist and LGBT trailblazer Anne Lister in the nineteenth, these diverse characters redefined what a woman could be and what she could do in pre-twentieth-century Britain.

For Caitlin Carter, love means business. She’s taken matchmaking back to basics. There is no swiping left. No creepy location tracker. Definitely no unsolicited pics of areas of the anatomy no one wants to see. She’s made dating great again: personal, patient… and profitable. Her startup is going from strength to strength, with clients wanting to find the love she has with her own husband Harry, and she even has celebrities wanting to use her services… Caitlin is living the perfect life. Except it’s all a perfect lie. And Caitlin doesn’t know how long she can keep it up.

/On Reading and Re-Reading

In the early years of its existence, the Times Literary Supplement published some of the finest writers in English: T. S. Eliot, Henry James and E. M. Forster among them. But one of the paper’s defining voices was Virginia Woolf, who produced a string of superb essays between the two World Wars. The weirdness of Elizabethan plays, the pleasure of revisiting favourite novels, the supreme examples of Charlotte Brontë, George Eliot and Henry James, Thomas Hardy and Joseph Conrad: all are here, in anonymously published pieces, in which may be glimpsed the thinking behind Woolf’s works of fiction and the enquiring, feminist spirit of A Room of One’s Own. Here is Woolf the critical essayist, offering, at one moment, a playful hypothesis and, at another, a judgement laid down with the authority of a twentieth-century Dr Johnson. Here is Woolf working out precisely what’s great about Hardy, and how Elizabeth Barrett Browning made books a “substitute for living” because she was “forbidden to scamper on the grass”. Above all, here is Virginia Woolf the reader, whose enthusiasm for great literature remains palpable and inspirational today.