The most reliable place to find UK books in the original British English and at the date at which they come out in the UK is blackwells.com, which has free international delivery, including to the US, though you may also have some luck with wordery.com and bookwitty.com, as well as bookdepository.com, which is owned by Amazon.

Why You Should Read Children’s Books, Even Though You Are So Old and Wise

Katherine Rundell – Fellow of All Souls College, Oxford, and prize-winning author of five novels for children – explores how children’s books ignite, and can re-ignite, the imagination; how children’s fiction, with its unabashed emotion and playfulness, can awaken old hungers and create new perspectives on the world. This delightful and persuasive essay is for adult readers. 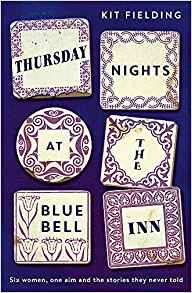 Thursday Nights at the Bluebell Inn

Each week, six women meet at The Bluebell Inn. They form an unlikely and occasionally triumphant ladies darts team. They banter and jibe, they laugh. But their hidden stories of love and loss are what, in the end, will bind them.They know little of each other’s lives. But here they gather and weave a delicate and sustaining connection that maybe they can rely on as the crossroads on their individual paths threaten to overwhelm. With humanity and insight, Kit Fielding reveals the great love that lies at the heart of female friendship. Raw, funny and devastating, all of life can be found at the Bluebell.

After eight years together, Lil Bailey thought she’d already found ‘the one’ – that is, until he dumped her for a blonde twenty-something colleague. So she does what any self-respecting singleton would do: swipes right, puts on her best bra and finds herself on a first date with a handsome mountaineer called Max. What’s the worst that can happen? Well it’s pretty bad actually. First Max ghosts her and then, after weeing on a stick (but mostly her hands), a few weeks later Lil discovers she’s pregnant. She’s single, thirty-one and living in a thimble-sized flat in London, it’s hardly the happily-ever-after she was looking for. Lil’s ready to do the baby-thing on her own – it can’t be that hard, right? But she should probably tell Max, if she can track him down. Surely he’s not that Max, the highly eligible, headline-grabbing son of Lord and Lady Rushbrooke, currently trekking up a mountain in South Asia? Oh, maybe he wasn’t ignoring Lil after all…

Ever managed to kill a succulent after just a few days?Got seven reminder letters on the kitchen table because you forgot to pay your council tax?Become a hot mess who’s falling apart because they’ve been broken up with? Mackie, Edele, Alex and Nat are navigating their chaotic and confusing twenties together. They have jobs and pay their own rent (well, most of them) but don’t know how to bleed radiators, defrost a freezer or test the smoke alarms. With break-ups to deal with and major decisions to make, life can get messy especially when they’re still trying to get the hang of this ‘being a grown-up’ thing. Welcome to the joys of being almost adults.

Years have passed since the love between Sephy – a Cross – and Callum – a Nought – destroyed their world and changed their families and society forever. Society appears to be very different now. For the first time ever, a Nought Prime Minister – Tobey Durbridge – is in power. Race and class don’t divide people anymore. But things are never really that easy. Because Tobey’s just been framed for murder, and the only way to free himself is to turn to his oldest friend – Callie-Rose. Their families divisions run deep, and when two young people are kidnapped, their lives and everything they’ve fought for are put in the firing line. And when you’re playing a game as dangerous as this one, it won’t be long before someone gets caught in the crossfire…

A boy comes to terms with his identity as a mixed-race gay teen – then at university he finds his wings as a drag artist, The Black Flamingo. A bold story about the power of embracing your uniqueness. Sometimes, we need to take charge, to stand up wearing pink feathers – to show ourselves to the world in bold colour.

Do Something: Activism for Everyone

Do you find yourself staring helplessly at your news feed? Or all too often asking, ‘why hasn’t somebody done something about that?’. If the answer is yes, then DO SOMETHING is the book you need. Whether you simply want to challenge your local shop to reduce their plastic or go big and demand a new law to be passed, this book is the place to start. Full of lessons from the real world DO SOMETHING contains practical steps and a blueprint anyone can follow – from helping you to pinpoint the fundamentals of what you want to achieve to mobilising supporters and harnessing traditional and social media.

Strong Brave True: Great Scots Who Changed the World . . . And How You Can Too

For all ages, a brilliant selection showcasing the innovations of Scots – well-known and less well-known, men and women alike – throughout the ages and in many different fields: from astronomy, philosophy and lighthouse design to technology, poetry and medicine. An afterword for everyone of `an enquiring mind’ offers insight on controversy and changing attitudes; for example, conflicts around Victorian exploration. 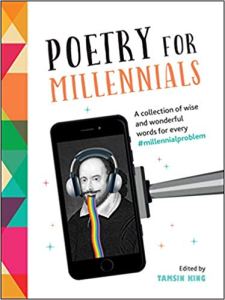 Poetry for Millennials: A Collection of Wise and Wonderful Words for Every Millennial Problem

From dating and house-shares to digital detoxing and growing up, Poetry for Millennials is the answer to all your hardships and woes. It offers relatable verse from some of our greatest literary figures to help you laugh away the most common millennial problems *after wiping away your tears*. 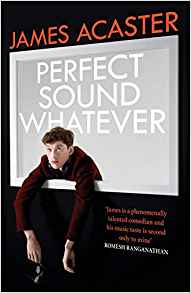 Perfect Sound Whatever is a love letter to the healing power of music, and how one man’s obsessive quest saw him defeat the bullshit of one year with the beauty of another. Because that one man is James Acaster, it also includes tales of befouling himself in a Los Angeles steakhouse, stealing a cookie from Clint Eastwood, and giving drunk, unsolicited pep talks to urinating strangers.

Imogen and Lily are old friends – they’ve shared hangovers, unsuitable boyfriends and wild nights out together. But now they’re mums, and their partying days are behind them. When a place comes up at one of the best primary schools in the area, both women want it for their daughters. From faking religious beliefs to bogus break-ups, Imogen and Lily will go to any lengths to secure the perfect school for their children – and so will all the other mothers. Will their friendship survive the strain? Will their marriages take the pressure? And when a sexy new vicar arrives on the scene, will the mothers’ keep focus for long enough to keep their eyes on the prize? 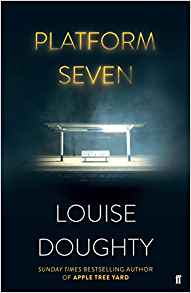 Peterborough Railway Station is deserted. The man crossing the covered walkway on this freezing November morning is confident he’s alone. As he sits on the metal bench at the far end of the platform it is clear his choice is strategic – he’s as far away from the night staff as he can get. What the man doesn’t realise is that he has company. Lisa Evans knows what he has decided. She knows what he is about to do as she tries and fails to stop him walking to the platform edge. Two deaths on Platform Seven. Two fatalities in eighteen months – surely they’re connected? No one is more desperate to understand what connects them than Lisa Evans herself. After all, she was the first of the two to die.

You, Me and the Movies

When Arden meets Mac she quickly falls for the handsome, charismatic film lecturer. Their love is the sort you see in movies: dramatic, exciting and all-consuming… and complicated. A love like theirs could never last. But years later, whilst visiting a friend in hospital, Arden sees the one face she could never forget. Badly injured, Mac can only make brief references to the classic films they once watched together. Which is all it takes for Arden to remember everything… Will Arden ever find a movie-worthy love again?

Confessions of a Bookseller

, by Shaun Blythell (UK, US ebook only, 29th August, non-fiction)

The Diary of a Bookseller introduced us to the joys and frustrations of life lived in books. Sardonic and sympathetic in equal measure, Confessions of a Bookseller will reunite readers with the characters they’ve come to know and love.

They Don’t Teach This

First class honors law degree. 102 appearances for England women’s national football team. First female pundit on Match of the Day. UN Women UK ambassador. Guardian columnist. All of these achievements belong to Eni Aluko. They Don’t TeachThis steps beyond the realms of memoir to explore themes of dual nationality and identity, race and institutional prejudice, success, failure and faith. It is an inspiring manifesto to change the way readers and the future generation choose to view the challenges that come in their life applying life lessons with raw truths of Eni’s own personal experience.

In this comedic and educational hopscotch over anatomy, the history of sexual representation and the sticky way all human interactions are underwritten by wealth, Pascoe explores whether we’ll ever be able to escape the Conundrum of Heterosexuality. Drawing on anecdotal experience, unqualified opinion, interviews and original research, Sex Power Money is thought-provoking and riotously funny: a fresh take on the oldest discussion.

Lily turns sixteen with two very different sides to her life: school, where she is badly bullied, and home with her mum and dad, warm and comforting but with its own difficulties. After a particularly terrible bullying incident, Lily’s dad determines to give his daughter the tools to fight back. Introducing her to boxing, he encourages Lily to find her own worth. It is both difficult and challenging but in confronting her own fears she finds a way through that illuminates her life and friendships.

The Man Who Saw Everything

In 1988 Saul Adler (a narcissistic, young historian) is hit by a car on the Abbey Road. He is apparently fine; he gets up and goes to see his art student girlfriend, Jennifer Moreau. They have sex then break up, but not before she has photographed Saul crossing the same Abbey Road. Saul leaves to study in communist East Berlin, two months before the Wall comes down. There he will encounter – significantly – both his assigned translator and his translator’s sister, who swears she has seen a jaguar prowling the city. He will fall in love and brood upon his difficult, authoritarian father. And he will befriend a hippy, Rainer, who may or may not be a Stasi agent, but will certainly return to haunt him in middle age.