Red has put together a list of Christmas gifts for book lovers.

And if you’ve got a bookish tea lover in your life, Book Riot has some great ideas too.

The team at Red have rounded up eight life-changing books written by women.

Hayley Atwell spoke to Stylist about the books that have shaped her.

The Guardian rounds up the top 10 books about the seasons. 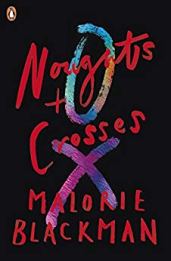 David Baddiel started the year’s politest Twitter spat at the weekend, when the comedian and author complained that his latest book had been ignored by critics. The Telegraph weighs in.

The All Party Writers Group (APWG) has delayed publication of the final report divulging the results of its latest authors’ earnings inquiry until June 2019 in order to “expand the scope” of the investigation. Sounds ominous…

Waterstones has named The House Between Tides

by Sarah Maine as its Scottish Book of the Year.

Cath Senker has won this year’s Educational Writers’ Award for her book about refugees and mass migration.