The most reliable place to find UK books in the original British English and at the date at which they come out in the UK is bookdepository.com, though you may also have some luck with wordery.com and bookwitty.com.

Land of the Living

Charlie’s experiences at the Battle of Kohima and the months he spent lost in the remote jungles of Nagaland during the Second World War are now history. Home and settled on a farm in Norfolk and newly married to Claire, he is one of the lucky survivors. Starting a family and working the land seem the best things a man can be doing. But a chasm exists between them. Memories flood Charlie’s mind; at night, on rain-slicked roads and misty mornings in the fields, the past can feel more real than the present. Though hidden even to himself, the darkest secrets of Charlie’s adventures in the strange and shadowy ridges of the Nagaland mountains, his dream-like encounters with the mysterious and ancient tribesmen, leak and bleed through his consciousness. What should be said and what left unsaid? Is it possible to forge a new life in the wake of unfathomable horror? 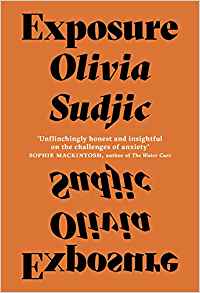 After the release of Sympathy, her debut novel which explores surveillance and identity in the internet age, Olivia Sudjic found herself under the microscope. Trapped in an anxious spiral of self-doubt, she became alienated from herself and her work. Blaming her own mental-health masked a wider problem that still persists: the tendency for writing by women, whether fiction or personal testimony, to be invalidated on the grounds of sex. Drawing on Sudjic’s experience of anxiety – as well as the work of Elena Ferrante, Maggie Nelson, Jenny Offill, Rachel Cusk and others Exposure examines the damaging assumptions that attend female artists, indeed any woman who risks Exposure , as well as the strategies by which one might escape them.

Some Old Bloke: Recollections, Obsessions and the Joys of Blokedom

When writer, comedian and Red Dwarf actor Robert Llewellyn’s son scrawled a picture of him at Christmas and titled it ‘Some Old Bloke’, Robert was cast deep into thought about life and what it means to be a bloke and an old one at that. In this lighthearted, revealing and occasionally philosophical autobiography, we take a meandering route through Robert’s life and career: from the sensitive young boy at odds with his ex-military father, through his stint as a hippy and his years of arrested development in the world of fringe comedy, all the way up to the full-body medicals and hard-earned insights of middle age.

The Famous Five were a clever lot: every island adventure and countryside romp began with a hearty breakfast, was interspersed with rollicking good picnics and ended with supper at Aunt Fanny’s – all washed down with lashings of ginger beer. Now you can revisit Julian, Dick, Anne, George and Timmy’s favourite food and drink with these 80 recipes faithful to the books, accompanied by familiar illustrations and quotes from the stories. 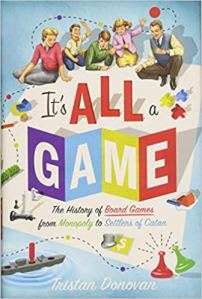 It’s All a Game: The History of Board Games from Monopoly to Settlers of Catan

In It’s All a Game renowned games expert Tristan Donovan opens the box on the incredible and often surprising history and psychology of board games. He traces the evolution of the game across cultures, time periods, and continents, from the paranoid Chicago toy genius behind classics like Operation and Mouse Trap, to the role of Monopoly in helping prisoners of war escape the Nazis, and even the scientific use of board games today to teach artificial intelligence how to reason and how to win. With these compelling stories and characters, Donovan ultimately reveals why board games have captured hearts and minds all over the world for generations. 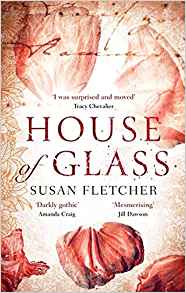 June 1914 and a young woman – Clara Waterfield – is summoned to a large stone house in Gloucestershire. Her task: to fill a greenhouse with exotic plants from Kew Gardens, to create a private paradise for the owner of Shadowbrook. Yet, on arrival, Clara hears rumours: something is wrong with this quiet, wisteria-covered house. Its gardens are filled with foxgloves, hydrangea and roses; it has lily-ponds, a croquet lawn – and the marvellous new glasshouse awaits her. But the house itself feels unloved. Its rooms are shuttered, or empty. The owner is mostly absent; the housekeeper and maids seem afraid. And soon, Clara understands their fear: for something – or someone – is walking through the house at night. In the height of summer, she finds herself drawn deeper into Shadowbrook’s dark interior – and into the secrets that violently haunt this house. Nothing – not even the men who claim they wish to help her – is quite what it seems.

How to Own the Room: Women and the Art of Brilliant Speaking

Most books about public speaking don’t tell you what to do when you open your mouth and nothing comes out. And they don’t tell you how to get over the anxiety about performance that most people naturally have. They don’t tell you what to do in the moments when you are made, as a woman, to feel small. They don’t tell you how to own the room. This book does. From the way Michelle Obama projects ‘happy high status’, and the power of J.K.Rowling’s understated speaking style, to Virginia Woolf’s leisurely pacing and Oprah Winfrey’s mastery of inner conviction, what is it that our heroines do to make us sit up and listen – really listen – to their every word? And how can you achieve that impact in your own life? Here’s how.

Tom and Augusta are from different places and different times, but they meet in the virtual world to combine forces in battle, to save a kingdom, escape a web of deceit and to find love. In a place where fictions can be truths and truths fictions, learning who to trust is about more than friendship, it is about survival. Glass Town Wars, inspired by the early writings of the Brontës, is a captivating, magical novel by the renowned Celia Rees.

, by Natasha Carthew (UK, US ebook only, 1st November, YA fiction)

Kel Crow lives in a dead-end swamp with her deadbeat family and a damaged heart. But she has a plan to escape. It’s a one-two-three fortune story that goes: stow away on the ship, kidnap the girl, swap the girl to pay for passage to America and a life-saving operation. But the ocean is an untameable force, and wrecks ships and plans alike.

Add some sparkle to your life with this irresistible cocktail recipe book, featuring over 50 drinks made from Prosecco, Sekt, Cava, Champagne, and other sparkling wines. An inspiring mix of classic cocktail recipes such as bellinis and mimosas, alongside exciting variations and twists, Let’s Get Fizzical offers tips, tricks, presentation ideas, and technical know-how to make your cocktails as sensational for the eye as they are for the palate. 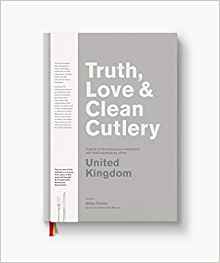 Truth, Love & Clean Cutlery: A New Way of Choosing Where to Eat in the UK

Should I Stay Or Should I Go?: And 87 Other Serious Answers to Questions in Songs

What is love? How soon is now? How do you solve a problem like Maria? They’re some of the most famous questions ever asked. But do you know the answer to them? In Should I Stay or Should I Go?, award-winning journalist James Ball travels from the economic status of doggies in windows, to what war is good for and what becomes of the broken hearted to find out the definitive, fascinating and hilarious answers.

The Cat in the Treble Clef

From the very start of his writing career Louis de Bernières has loved poetry. Here the author of the much-loved Captain Corelli’s Mandolin returns to this first love with his third collection. The Cat in the Treble Clef focuses on family and the connections we make, and break, with other people. There are moving poems to and about his family: his great grandmother, his mother and father and his children. There are poems about places near and far, about the passing of time, music and about love in its various forms. In this collection, de Bernières shares his passion with his readers, in a beautifully illustrated gift edition.

Beginning eight years ago on the outskirts of Birmingham, where car factories have been replaced by Poundland, and London, where frenzied riots give way to Olympic fever, Middle England follows a brilliantly vivid cast of characters through a time of immense change. There are newlyweds Ian and Sophie, who disagree about the future of the country and, possibly, the future of their relationship; Doug, the political commentator who writes impassioned columns about austerity from his Chelsea townhouse, and his radical teenage daughter who will stop at nothing in her quest for social justice; Benjamin Trotter, who embarks on an apparently doomed new career in middle age, and his father Colin, whose last wish is to vote in the European referendum. And within all these lives is the story of modern England: a story of nostalgia and delusion; of bewilderment and barely-suppressed rage. 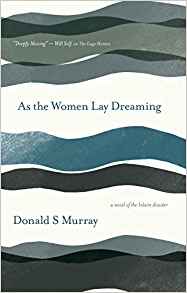 As the Women Lay Dreaming

In the small hours of January 1st, 1919, the cruellest twist of fate changed at a stroke the lives of an entire community. Tormod Morrison was there that terrible night. He was on board HMY Iolaire when it smashed into rocks and sank, killing some 200 servicemen on the very last leg of their long journey home from war. For Tormod a man unlike others, with artistry in his fingertips the disaster would mark him indelibly. Two decades later, Alasdair and Rachel are sent to the windswept Isle of Lewis to live with Tormod in his traditional blackhouse home, a world away from the Glasgow of their earliest years. Their grandfather is kind, compassionate, but still deeply affected by the remarkable true story of the Iolaire shipwreck by the selfless heroism and desperate tragedy he witnessed. 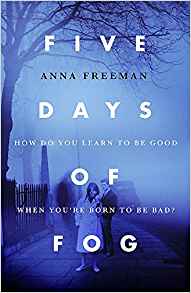 As the Great Smog falls over London in 1952, Florrie Palmer has a choice to make. Will she stay with the Cutters, a gang of female criminals who have terrorized London for years and are led by her own mother? Or leave it all behind to make a safer, duller life with the man she loves? And what will she do if she’s too crooked to go straight, and too good to go bad? Over the next five days, Florrie will have to find her own path and the courage to stumble along it – in a fog so thick that she can’t see her own feet. 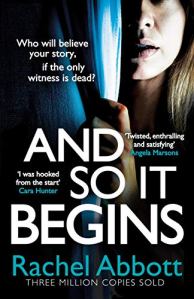 And So It Begins

Cleo knows she should be happy for her brother Mark. He’s managed to find someone new after the sudden death of his first wife – but something about Evie just doesn’t feel right… When Evie starts having accidents at home, her friends grow concerned. Could Mark be causing her injuries? Called out to their cliff-top house one night, Sergeant Stephanie King finds two bodies entangled on blood-drenched sheets. Where does murder begin? When the knife is raised to strike, or before, at the first thought of violence? As the accused stands trial, the jury is forced to consider – is there ever a proper defence for murder?