Today is Super Thursday, and 544 hardbacks are fighting to be Christmas hits.

Today is also the first anniversary of the Brit Lit Podcast — thank you so much to my listeners! You’re the reason I do this.

From John Keats to Nick Cave: The Guardian recommends poems for every stage in life.

Stylist reminds us why it’s a good idea to read a book before bed if we’re feeling stressed.

Red Magazine’s book of the month is Melmoth

My novel Unscripted is being published on 4th April, 2019 — so it’s six months exactly till it hits the shelves. 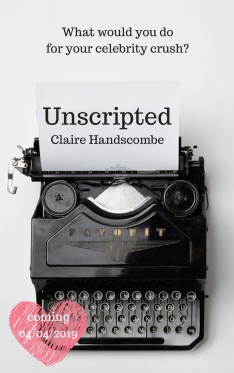 Poetry is ‘more popular with children on free school meals’, according to one study.

Scholastic UK is printing 40,000 copies of the humorous picture book The Wonky Donkey

after a video of the story being read aloud went viral.

A feature film based on Terry Deary’s Horrible Histories

children’s book series will be released in the UK and Ireland in July next year.

Hannah Lynn has been crowned the winner of the second UK Kindle Storyteller Award, securing the prize with her “heart-warming” tale of the after-life, The Afterlife of Walter Augustus