There are some cracking British reads coming to the US this month, and I’ve rounded up five of them on Book Riot.

The Evening Standard reports on how reading can be good for your health.

Stylist makes the case for why Kate Atkinson’s Transcription

is your must-read for the autumn. 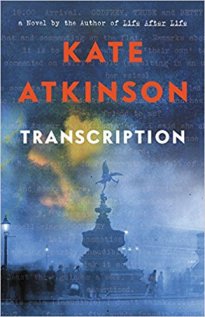 Shaun Blythell writes in Lit Hub about how to open a bookshop in rural Scotland.

Dame Kelly Holmes has joined The Book Fairies in dropping 200 copies of Philip Pullman’s La Belle Sauvage in public places all around the UK.

A new, free magazine titled Booklaunch will be launched later this month, aiming to recreate the experience of browsing a bookshop in print.

The Man Booker Prize is running a competition for independent bookshops with a cash prize of £1,000.