Philip Pullman, Jacqueline Wilson, Rose McGowan and more share their picks of books to give us hope.

by Caroline O’Donoghue “manages to capture exactly how it feels to be a twentysomething woman in London while also containing a gleefully dark and gothic streak. It’s an absolute gamechanger”. It’s excerpted at The Pool this week.

Red Magazine has its own list of great June reads, which includes Promising Young Women

Tell Book Riot your favourite books, and they’ll tell you what your Patronus is.

I’ve rounded up five British books to look out for in the US in June. 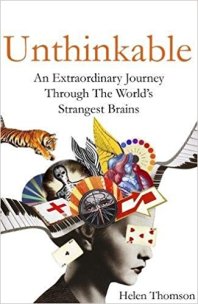 Ambulances have reportedly been called out to Amazon’s UK warehouses more than 600 times in the last three years. Four fifths of the union’s 200 members who work for the internet retailer reported pain as a result of their workload while one pregnant woman said she was forced to stand for the length of her 10-hour shift.

In case you’re looking for a summer project, the Telegraph has tips for launching a publishing house.

Penguin Random House has unveiled a replica Oval Office inside London Waterloo station complete with a Donald Trump lookalike and secret service bodyguards, to mark the UK publication of The President Is Missing

by Bill Clinton and James Patterson.

The Guardian Book Clinic has advice on what to read on a road trip in America’s Deep South.

At last some good news on the Brexit front: it could help the UK sidestep e-book VAT deadlock.

Waterstones is to create a pop up bookshop on the Scottish island of Benbecula, which has just 1,300 residents.

DK has redesigned its Eyewitness travel guides after research revealed that travellers are putting more faith in printed products despite the proliferation of online guides.

Incels are the product of the American literary canon that has long glorified male sexual frustration, argues one piece in the Guardian.

A hundred books, by a hundred authors, to be printed in a hundred years, using paper from trees which have only just been planted: Channel 4 went to Oslo to see the saplings, which one day will become books. 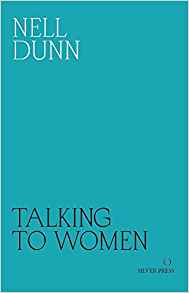 ‘Down and Out: Live’ sees Orwell’s memoir read aloud by figures including Simon Callow, Jon Snow, and Jack Monroe, alongside real-life accounts of homelessness. Its director Hannah Price explains why this book is as illuminating as ever.

The Royal Society of Literature has doubled its usual intake of fellows, appointing Neil Gaiman and Naomi Alderman among others.

The shortlist is out for this year’s Laugh Out Loud Awards (The Lollies).

Marian Keyes has thoughts and things to say about the gender imbalance of the Wodehouse Prize for comic fiction.

‘Mustafa’s Jumper’ by Coral Rumble has won this year’s The Caterpillar Poetry Prize, given every year for an unpublished poem written by an adult for children.

, written by Zanib Mian in a comic-book style, explores the life of Omar who is proud to be Muslim and keen to apply Islamic teachings to his life. The book has won the Little Rebels Children’s Book Award for Radical Fiction.

Independent publishers have dominated the shortlist for a new award for debuts from literary periodical The London Magazine.