Refinery 29 has a list of what to read if you’re obsessed with the Royal Wedding.

World of Cruising evaluates the top ten e-readers to take on your next holiday.

The  new Doctor Who, as played on BBC One by Jodie Whittaker, will also feature in a novel and a short story by two acclaimed authors, Juno Dawson and Naomi Alderman.

The Week UK has a list of the 19 best books to look for this year.

To celebrate Book Month (whatever that is), the folks at Joe are putting your knowledge of books and authors to the test. Can you name the authors of these classic books?

Book Riot has a primer on Anne Boleyn and books to learn more about her. 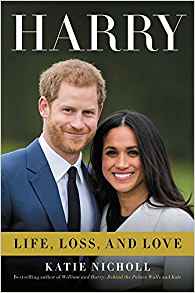 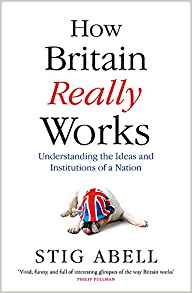 Staff at the Pool share their thoughts on what they’re reading this week, including A book that gives you a protagonist you can’t get enough of, Sarah J Harris’ The Colour of Bee Larkham’s Murder

Anne Applebaum has won the Pol Roger Duff Cooper Prize for a second time, with victory for her account of the great Ukrainian famine of the early 1930’s, Red Famine: Stalin’s War on Ukraine

How Britain Really Worksby Stig Abell is a pithy primer on what makes the country tick and is a vital guide for the fake news era, says The Guardian.

A book that influenced Charles Darwin and is reputedly the fourth most published work in the English language is to be made available online.