The Guardian rounds up the best recent crime novels.

After the huge success of Good Night Stories for Rebel Girls

, similar projects for boys are beginning to showcase men like Grayson Perry, Stormzy and Usain Bolt.

Don’t have time to read Meghan: A Hollywood Princess

? Let the Guardian digest it for you.

Staff at The Pool share their thought on what they’re reading this week, which includes F Scott Fitzgerald’s devilishly humorous I’d Die For You: And Other Lost Stories 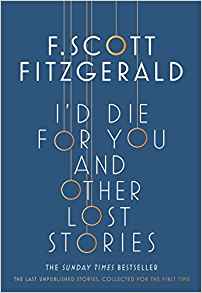 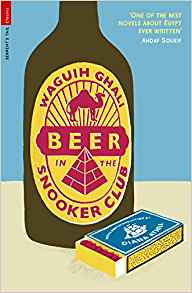 Royal biographer Penny Junor is publishing a book about all the dogs the Queen has owned in her lifetime, called All The Queen’s Corgis

The adult literacy campaign Quick Reads is wrapping up after 12 years due to lack of funding,

Titles by Malala Yousafzai, Anne Frank and Reni Eddo-Lodge have been voted on to a list of the Top 20 “most influential books in history written by women” by academics, booksellers, publishers and librarians ahead of Academic Book Week next week (23rd-28th April 2018).

Authors including Melissa Hemsley, Elif Shafak and Michael Ondaatje are to feature at the Balham Literary Festival taking place this June in London.

These days, it is normal for authors to go to writing workshops – or teach them. So, asks Nell Stephens, author of Bleaker House

, why does the idea they produce derivative writers persist?

British-Libyan writer Hisham Matar spoke to the Guardian about an uncensored Arabian Nights, why Proust makes you feel smarter – and the diaries of a pianist that changed his life.

The Guardian has advice on how to read poetry like a professor.

A literary star in Poland, Olga Tokarczuk is hotly tipped to win the Man Booker international prize. She talks to Claire Armitstead about facing controversy at home and the armed bodyguards hired to protect her.

Rathbones has revealed the shortlist for its Folio Prize, which rewards the best work of literature of the past year.