Book Riot has found some of the best Shakespeare themed tattoos on Instagram.

At Red Magazine, the team have picked their all-time favourite Roald Dahl books, giving us the perfect excuse to re-read a childhood book or two. 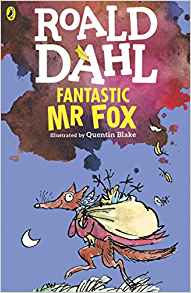 The 21 Northamptonshire libraries at risk of closure have started legal action against the council, and a young resident’s application for a judicial review is the latest in a series of tests to council’s decision to close 21 libraries.

The Guardian rounds up the best recent science fiction and fantasy novels.

It’s no mystery that crime is the biggest-selling genre in books, says the Guardian, unable as always to resist the lure of a bad pun.

This happened and it's too adorable and I WANT AN INVITE TO THE WEDDING, ok thanks good luck for the date @mark_a_ellison pic.twitter.com/oozqLKAgJS

Historical and dystopian fiction tapping into conversations around feminism and the #MeToo movement were the hot manuscripts going for big money at this year’s London Book Fair.

Alex Assouline has advice on how to create the perfect library.

From the quest to colonise space to start-up advice: the Financial Times recommends the best business books of April.

And because Harry Potter can’t be out of the news for more than a few days at a time, a new set of covers is being launched.