In celebration of World Poetry Day, the Evening Standard rounds up some of the best modern poetry.

On Stylist, Oprah Winfrey, Mindy Kaling, and Reese Witherspoon talk about the importance of feminist storytelling.

Refinery 29 UK has a list of books every women’s rights activist should read.

Hachette UK Ltd has set targets to make sure women make up two thirds of its top pay quartile by 2020 after reporting a “stark” pay gap. HarperCollins isn’t quite as bad, but Pearson’s is also pretty shocking.

The Guardian rounds up the top ten runaway mothers in fiction. 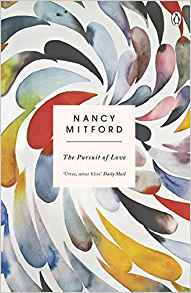 Booksellers Amazon, W H Smith, Waterstones and Foyles have become the subject of a Hope not hate campaign, which has accused them of listing far-right books for sale.

A number of arts and literature programmes run by the British Council have been “suspended” following the UK’s fall-out with Russia over the Salisbury spy case.

The Government may intervene in Northampton library closures.

by Blake Morrison is a novel with poetic vision, which explores the line between work and life, fiction and reality.

Owners of Sonos speakers can now use them to listen to Audible books.

April 11-15 will see the seaside town of Scarborough celebrate literature with their aptly named ‘Books by the Beach’ event.

Scottish indie bookshop The Mainstreet Trading Company has appointed Sir Michael Morpurgo and Maggie O’Farrell as ‘Mainstreet Makars’ as part of a year-long campaign to celebrate its 10th birthday.

Hackney-based independent publisher Influx Press has won the 2018 Republic of Consciousness Prize for Small Presses for its title Attrib and Other Stories by Eley Williams.