Bloomsbury are holding their annual Harry Potter Book Night today, launching a host of literary events across the world, all centered on this year’s theme: Fantastic Beasts. They also revealed that 500 million Harry Potter books have now been sold worldwide.

Meanwhile, Dumbledore will not be “explicitly” gay in the new Harry Potter film, and not everybody is happy about this.

, questions who we see as British and why – and has angered as many as it has enthralled.

The London Book & Screen Week line-up has been revealed and includes a screening of Jojo Moyes’ “Me Before You”, an evening to celebrate 200 years of Frankenstein

, and a sing-along screening of “Mary Poppins”.

The Century Girls, Attack of the 50 Ft. Women

, and The Female Persuasion

are among the rush of feminist books expected this year. 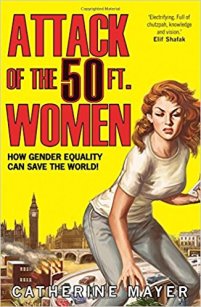 Ex-soldier and novelist Jan Morris CBE has been recognised for her outstanding contribution to travel writing by The Edward Stanford Travel Writing Awards, while Kapka Kassabova has been honoured with the Stanford Dolman Travel Book of the Year for Border: A Journey to the Edge of Europe

Sally Rooney has been longlisted for this year’s Dylan Thomas Prize alongside others including Bailey’s Prize shortlistees Gwendoline Riley and Ayọ̀bámi Adébáyọ̀.