, and Tessa Hadley’s Bad Dreams and Other Stories

The Guardian has Part II of its Best Books of 2017 list. (Part 1 was published last week.)

Two thirds of Scots are giving books as Christmas gifts.

Speaking of Christmas gifts: a good one might be to donate $2 monthly to the Brit Lit Blog’s Patreon page in someone else’s name, in exchange for a personalised book recommendation landing in their inbox every month.

Shocking absolutely nobody who’s been paying attention, an undercover journalist has revealed “intolerable” working conditions in an Amazon warehouse in Essex, including timed toilet breaks.

and Sarah Vaughan’s Anatomy of a Scandal

are among Book Riot’s list of 101 books coming out in 2018 that you should mark down now.

Also on Book Riot, I wrote about what I’ve learned about British publishing from the process of putting together this blog.

The Pool went book shopping with author Marian Keyes to find out her top recommendations, the books she could read over and over again, and the writers who inspire her.

Waterstones is to open five more shops before Christmas.

Dame Jacqueline Wilson has won the Special Award for her “outstanding contribution to children’s media” at the British Academy Children’s Awards and she was interviewed on the Today Programme.

On The Riff Raff, Amy Baker and Rosy Edwards chat to Rosy Wilby, author of Is Monogamy Dead?

They discuss the concept of monogamy, stand-up comedy vs. book writing and how to effectively use intimate details of your own life in narrative non-fiction. 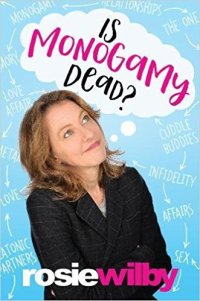 On Desert Island Discs, this week’s castaway was writer and activist Naomi Klein, author of No Logo

and No Is Not Enough: Defeating the New Shock Politics

The latest Backlisted is out, and John and Andy are joined by writers Adele Striper and Ben Myers to discuss Gordon Burn’s debut novel Alma Cogan

On Bookish, Sonya Walger interviews actor/director Jared Harris about five books that have shaped him.

The Books Versus Movie podcast discusses Murder on the Orient Express

On Books And Authors, Stephanie Merrit and Benjamin Markovits pick apart the idea of the Great American Novel.