is the second win in a row for an American It met with the approval of many in the book trade and disproved the theory that favourites never win, says the Guardian, but not everybody is pleased about it.

Meanwhile, one reader argues that the serendipity of reading Autumn

in the appropriate season makes up for Ali Smith’s not winning the prize.

What a lovely time I have had these last few months. Thank you to everyone for the support! Now I am going to sleep for several weeks.

Francesca Hornak spoke to Refinery 29 about her favourite books, ahead of the publication of Seven Days of Us

tomorrow in the UK.

In today’s Harry Potter news, a family stranded in Scotland has been rescued by none other than the Hogwarts Express.

Canada’s AudioBooks.com has launched in the US.

Amazon are up to no good again.

, tells The Pool why books and food are so linked to memory and shows us how to cook three of her favourite meals from books. 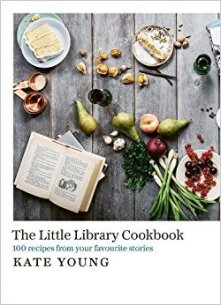 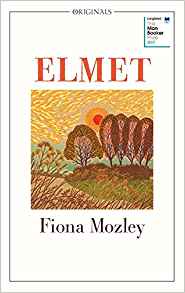 A New Zealand library has finally solved the mystery of why some books were going missing from its shelves.

It seems a bit soon for be end of year best-of lists, but The Week is getting on with it anyway.

The Guardian are getting a bit creative with their book lists. This week it’s top 10 imaginary drugs in fiction.

A new episode of the Brit Lit Podcast will be out early tomorrow morning.

This week’s guest on the Penguin Books podcast is Malcolm Gladwell.

The latest episode of Bonnets At Dawn is up. The podcast compares and contrasts the lives of Jane Austen and the three Bronte sisters, and is part of a larger project that will include an anthology.

Arts and Ideas reports back from the Booker Prize ceremony.

The Guardian Podcast also covers the Booker win, as well as featuring Valeria Luiselli, author of Tell Me How it Ends