If you’ve never read Kazuo Ishiguro, Book Riot has suggestions on where to start. The author’s first editor at Faber writes about him in the Observer.

From Lloyd George to Brexit: the Guardian rounds up 10 of the best books on British politics.

They also have a list of 10 of the best feminist texts.

Book Riot has a list of 17 of the best Harry Potter wands you can buy or build.

Voting is now open for Not The Booker Prize, but it won’t be for long!

Book lovers in the UK and Ireland are being given the chance to win a bundle of prizes, donated from across the books industry, in celebration of annual bookshop campaign Books Are My Bag this year reaching one million supporters.

Do you love a book enough to have its cover illustration tattooed on your body? One fan of Dawn French does.

Foyles is introducing a book subscription, with six different options, including one for children’s books and one for books in translation.

Men created the majority of the literary classics – and that’s especially true outside of the English language. How do we acknowledge that without doing women writers a disservice, asks Viv Groskop, author of The Anna Karenina Fix: Life Lessons from Russian Literature

Viv Groskop is also a guest on Emma Gannon’s Ctrl Alt Delete podcast, where they talk about not rushing creative projects, the fifteen-year process of writing The Anna Karenina Fix, and how to manage many projects on the go at the same time.

There are a few British book podcasts on this list of recommended listens.

Dan Brown is a guest on Front Row to discuss his new novel, Origin

. (The Guardian obliges us with a digested read of the novel.) 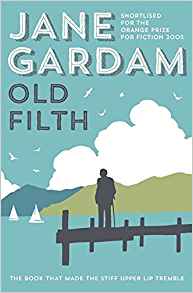 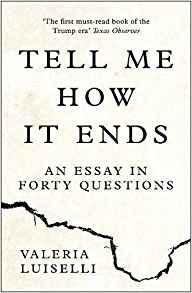 The Mostly Lit podcast is back, and in the latest episode they discuss literature from the “hood”, with a focus on Mama Can’t Raise No Man

and The Good Immigrant

Today’s Woman’s Hour is packed with bookishness today — Dawn French talks about her new memoir,Me. You. A Diary

; Valeria Luiselli discusses her work with unaccompanied immigrant children from Mexico to the US and how it informed her book, Tell Me How it Ends: An Essay in Forty Questions

; and soprano Amanda Forbes explains the appeal of the opera based on Carol Ann Duffy’s poetry.

On Books and Authors, Mariella Frostrup talks to Alan Hollinghurst about his new novel, The Sparsholt Affair

. (No, it’s not your imagination: that book really is everywhere at the moment.)