Ever wondered why you love the smell of books so much? Science is here to help.

In today’s Harry Potter news, one Book Riot contributor writes about the place she found in the fandom as a queer-identifying writer, while an unofficial prequel film about Voldemort has got the go-ahead from Warner Brothers, and Harry’s birthplace is up for sale.

Philippa Gregory has some interesting thoughts about genre fiction, including the suggestion that good sex is better than publishing.

off it reading list, “for fear of offending sensitive millennials“. Lucy Cleland has thoughts about that, and she shares them in the Evening Standard.

Elizabeth Strout’s Anything is Possible

is the wild card addition to the Not The Booker Prize shortlist, and there’s a chance to be chosen as a judge for the competition if you participate in discussion about the contenders.

The Memo has a list of books about health that you’ll actually want to read.

You can vote for your favourite novel in this year’s World Cup of Books.

Ahoy! I'm teaming up with @Waterstones in Sept to run https://t.co/g7npemNWbI. What's the best novel EVER? Tweet your nom now with #wcobooks

The lineup for this year’s Cheltenham Literature Festival has been revealed.

This year’s winner of the Hugo novel award, for science fiction, is N K Jemison — for the second time.

Shadow attorney general Shami Chakrabarti has expressed support for Kamila Shamsie’s proposal for a Year of Publishing Women in 2018.

The 17-strong longlist for the 2017 Financial Times and McKinsey Business Book of the Year has been announced. 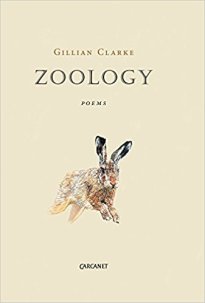 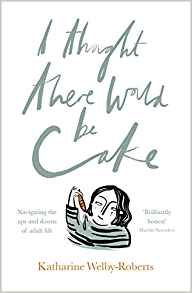 Katharine Welby-Roberts joins Jane Garvey on Woman’s Hour to discuss the unrealistic expectations we place on ourselves and her new book, I Thought There Would Be Cake

, talks to Mariella Frostrup on BBC Books and Authors.

In The Riff Raff, Amy Baker and Rosy Edwards chat to James Peak and Duncan Crow, about co-writing a book and taking humour just a bit too far.