In honour of the Tour de France, the Guardian Books website rounds up some great books about cycling.

And carrying on in that vein, one blogger has interviewed Clémentine Beauvais, who both wrote and translated the recently published and delightful sounding French YA novel Piglettes

, in which three teen girls travel across France on bikes. It’s rare that a French book would be translated into English in both the UK and the US

, let alone a YA book, so look out for this one. 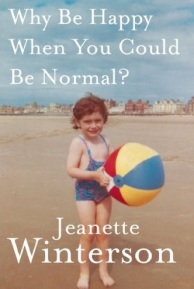 This week, staff at The Pool are reading Jeanette Winterson’s Why Be Happy When You Could Be Normal?

Andrea Leadsom is being ridiculed after mistakenly calling Jane Austen “one of our greatest living writers”.