Stylist invites you to join them at the Emerald Street Literary Festival on 10th June. Meanwhile, Harpers Bazaar rounds up some other good literary festivals to fill your summer with.

Mohammed Hassan has won the International Prize for Arabic Fiction for A Small Death.

The “wonderfully diverse” shortlist for the Pushkin House Russian Book Prize has been announced.

The Creative Industries Federation has urged the government to ensure that the creative industries and arts are a “priority sector” in Brexit negotiations. 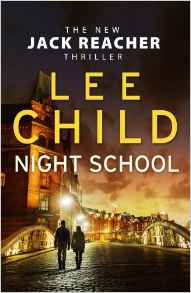 On Word of Mouth, beloved children’s author Jacqueline Wilson talks to Michael Rosen about her love of language and how she came up with the idea of Tracy Beaker.

The Wellcome Prize winner was announced on yesterday’s Front Row. (There’s also Hugh Grant, which has nothing to do with books, but, you know, is always worth mentioning.)