Let’s face it, things are a bit grim whichever side of the Atlantic you live on. So this week, as we delve into the British backlist, here’s a feel-good, easy-reading modern classic that will have you chuckling whether this is the first of fifth time you’ve read it. 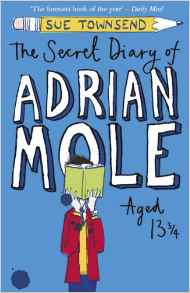 The Secret Diary of Adrian Mole aged 13 3/4, by Sue Townsend

“Friday January 2nd
I felt rotten today. It’s my mother’s fault for singing ‘My Way’ at two o’clock in the morning at the top of the stairs. Just my luck to have a mother like her. There is a chance my parents could be alcoholics. Next year I could be in a children’s home.