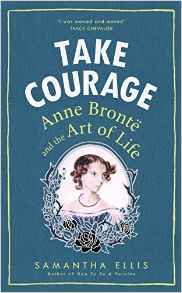 Take Courage: Anne Bronte and the Art of Life

Or that’s what Samantha Ellis, a life-long Emily and Wuthering Heights devotee, had always thought. Until, that is, she started questioning that devotion and, in looking more closely at Emily and Charlotte, found herself confronted by Anne instead.

Take Courage is Samantha’s personal, poignant and surprising journey into the life and work of a woman sidelined by history. A brave, strongly feminist writer well ahead of her time — and her more celebrated siblings — and who has much to teach us today about how to find our way in the world.”

A Quiet Kind of Thunder

“Steffi has been a selective mute for most of her life – she’s been silent for so long that she feels completely invisible. But Rhys, the new boy at school, sees her. He’s deaf, and her knowledge of basic sign language means that she’s assigned to look after him. To Rhys it doesn’t matter that Steffi doesn’t talk and, as they find ways to communicate, Steffi finds that she does have a voice, and that she’s falling in love with the one person who makes her feel brave enough to use it.

The stunning new novel from the bestselling author of Beautiful Broken Things is a love story about the times when a whisper is as good as a shout.” 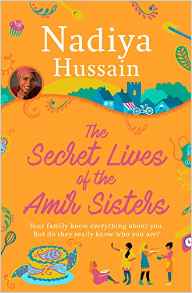 The Secret Lives of the Amir Sisters

“The four Amir sisters – Fatima, Farah, Bubblee and Mae – are the only young Muslims in the quaint English village of Wyvernage.

On the outside, despite not quite fitting in with their neighbours, the Amirs are happy. But on the inside, each sister is secretly struggling.

Fatima is trying to find out who she really is – and after fifteen attempts, finally pass her driving test. Farah is happy being a wife but longs to be a mother. Bubblee is determined to be an artist in London, away from family tradition, and Mae is coping with burgeoning Youtube stardom.

Yet when family tragedy strikes, it brings the Amir sisters closer together and forces them to learn more about life, love, faith and each other than they ever thought possible.”

“It’s the summer of 1965, and the streets of Queens, New York shimmer in a heatwave. One July morning, Ruth Malone wakes to find a bedroom window wide open and her two young children missing. After a desperate search, the police make a horrifying discovery.

Noting Ruth’s perfectly made-up face and provocative clothing, the empty liquor bottles and love letters that litter her apartment, the detectives leap to convenient conclusions, fuelled by neighbourhood gossip and speculation. Sent to cover the case on his first major assignment, tabloid reporter Pete Wonicke at first can’t help but do the same. But the longer he spends watching Ruth, the more he learns about the darker workings of the police and the press. Soon, Pete begins to doubt everything he thought he knew.

Ruth Malone is enthralling, challenging and secretive – is she really capable of murder?

Haunting, intoxicating and heart-poundingly suspenseful, Little Deaths is a gripping novel about love, morality and obsession, exploring the capacity for good and evil within us all.”

“It starts with the girl. How it ends is up to DC Aidan Waits.

Isabelle Rossiter has run away again.

When Aidan Waits, a troubled junior detective, is summoned to her father’s penthouse home – he finds a manipulative man, with powerful friends.

But retracing Isabelle’s steps through a dark, nocturnal world, Waits finds something else. An intelligent seventeen-year-old girl who’s scared to death of something. As he investigates her story, and the unsolved disappearance of a young woman just like her, he realizes Isabelle was right to run away.

Soon Waits is cut loose by his superiors, stalked by an unseen killer and dangerously attracted to the wrong woman. He’s out of his depth and out of time.

How can he save the girl, when he can’t even save himself?” 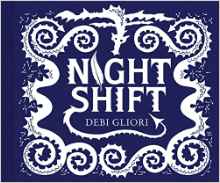 Night Shift: An insight into depression that words often struggle to reach

“A groundbreaking picture book on depression with stunning illustrations.

With stunning black and white illustration and deceptively simple text, author and illustrator Debi Gliori examines how depression affects one’s whole outlook upon life, and shows that there can be an escape – it may not be easy to find, but it is there. Drawn from Debi’s own experiences and with a moving testimony at the end of the book explaining how depression has affected her and how she continues to cope, Debi hopes that by sharing her own experience she can help others who suffer from depression, and to find that subtle shift that will show the way out.”