Book Riot has an interview with Muhammad Khan, author of I Am Thunder

and a previous guest on the Brit Lit Podcast.

Axel Scheffler said that Brexit makes him “sad and angry every day” as he picked up the Illustrator of the Year prize at The British Book Awards. Same, Alex, same.

At Joe, one journalist reflects on why he doesn’t read books.

Warrington libraries are inviting residents to release books into the wild as part of an international BookCrossing initiative.

What can history and myth tell us about the #MeToo moment? The Guardian Books podcast tackles gender politics with a wrestler and a witch. 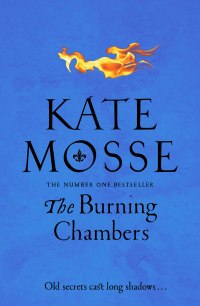 There’s a Pig Up My Nose!

by John Dougherty and Laura Hughes (Egmont) has won the Oscar’s Book Prize 2018. Princess Eugenie said her colleagues were left in hysterics because she was “giggling” so loudly while reading the finalists of this year’s prize.

A collection of poems by Parisien-born Pascale Petit has won the RSL Ondaatje Prize.

The British Book Awards, or ‘Nibbies,’ as they’re known, combined their usual glamour with political commentary about Brexit as the industry’s best-performing people and books were honored.

, for Non-Fiction Narrative Book of the Year, and Eleanor Oliphant Is Completely Fine