Book Riot takes stock of all the wizarding books referenced in the Harry Potter series.

From Feminist novels to explorations of love, Stylist rounds up the most enthralling new reads for March 2017. 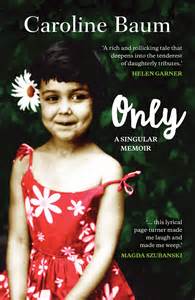 Caroline Baum writes about the only child’s struggle to be a good daughter in The Guardian, and in her new memoir, Only.

The Guardian also reviews Everywoman by Jess Phillips, The Explosion Chronicles by Uan Lianke, From Bacteria to Bach and Back: The Evolution of Minds by Daniel C Dennett, and Mischling, by Affinity Konar.

The husband of the late MP Jo Cox is to publish a book about her life.

The UKLA book awards, the only children’s book prize judged by teachers, have announced their shortlist.

On Adventures With Words, Kate and Rob are back to talk bookpost and blogger showcases.